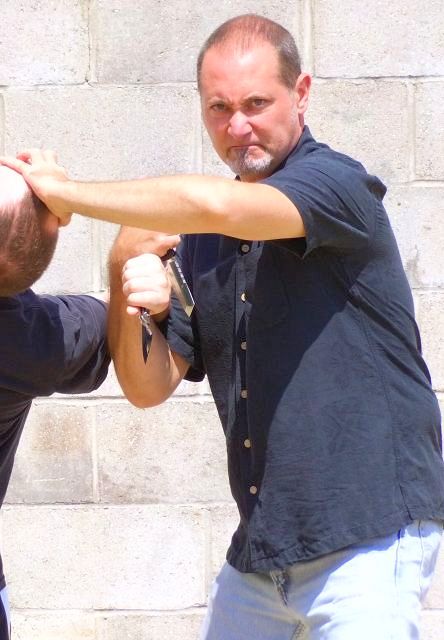 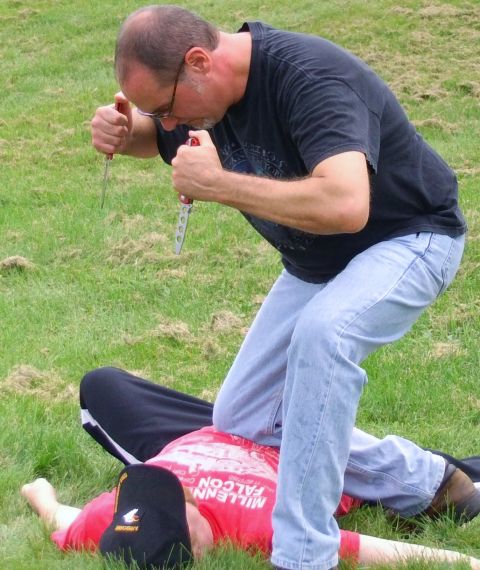 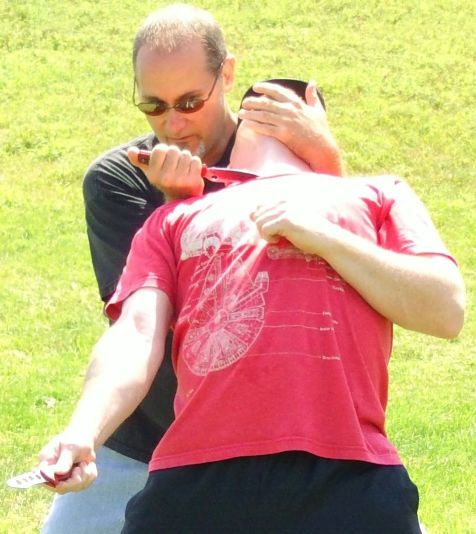 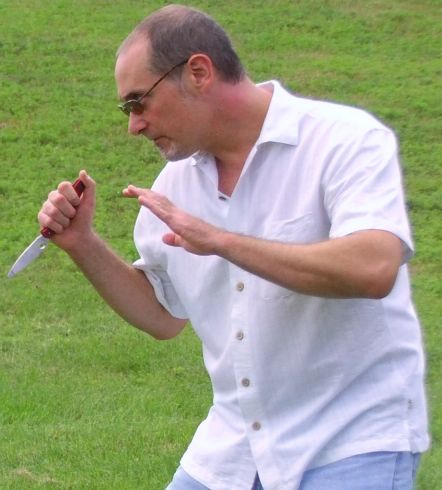 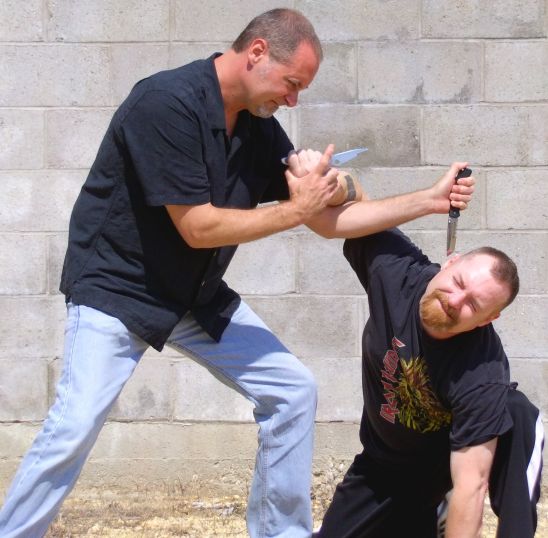 Rockford, Illinois native Michael Benjamin is a 32-year veteran of the martial arts. He has been professionally employed in such fields as bouncing, corrections, and street outreach where his skills have been put to the test of reality. He holds a 4th degree black sash in Kang-Nei-Chin Shaolin Chung-Kuo Ch’uan Kung-Fu and a Yondan (4th degree black belt) in Shorei Goju Kempo Karate. He is one of only a handful of people in the world awarded a Shodan (black belt) in Juko-Ryu Jodo (short staff art). He is the only man in Illinois certified as a Level-5 Full Instructor in Grandmaster Kelly S. Worden’s Natural Spirit International (NSI), the official hand-to-hand combat system for the U.S. Army’s First Special Forces Group (Ft. Lewis, WA.), and as such, is the sole NSI affiliate for Illinois. Mr. Benjamin is also a published writer whose articles have appeared in Inside Kung-Fu, Black Belt, Blade, and Blitz Australia magazines. Mr. Benjamin has had the privilege of training under some of the most skilled martial artists in the world including former PKA kick-boxing champion “Bad” Brad Hefton, the world renowned Kelly S. Worden (founder of Natural Spirit International), the late great Grandmaster Remy A. Presas (founder of Modern Arnis and member of the Black Belt Hall of Fame), Soke Rodney Sacharnoski (founder of Juko-Kai International), and Sigung Michael Knipprath (inheritor of the Kang-Nei-Chin Kung-Fu system). Mr. Benjamin has been directing his own private training academy (Close-Quarters-Kempo Dojo) since 2001 for a handful of select protégés and teaches seminars to private citizens on a regular basis. For more information, he can be contacted by e-mail at Mykey27@mail.com

My oldest and dearest friend transitioned from this world to be with his ancestors on 4/15/19. He died too young at 50 years old after a prolonged battle with serious illness. Pat is survived by his common-law wife Rennee, his 5 siblings, in-laws, many nieces and nephews, and his beloved dog Bella. Rennee was a warrioress who was by his side caring for him through every step of his illness and his hospice until the very end. She was the greatest blessing in his life.

Pat was a machine-toolist by trade who loved to prepare recipes from the Soprano’s cookbook, brewed his own beer, loved listening to heavy metal music, and playing percussion. He was a fisherman who loved casting his own tall tales. He trained in various martial arts through his life including quanfa, arnis, judo, and Brazilian jiu-jitsu. I was honored when he agreed to be my assistant in our Panteao knife videos first filmed at the infamous Paladin Press studios in Boulder, Colorado in 2012. This experience is one of my most cherished memories in life and of him.

I knew Pat since 7th grade, and we grew to be more than friends, becoming brothers beyond blood. We were both adopted and felt somewhat like outsiders in this world, but not to each other. We went to Guilford High School in Rockford, Illinois together, closed many a saloon at last call, and sweated on the tatami as we took ukemi. We trained on the roof of his old apartment, in my backyard, and in various dojos. We were young once and then grew old and grey, until the day his life was cut too short. He was a fire-haired Viking unleashed in the modern world, and I was fortunate to know him and consider him as family.

He will be deeply and sorely missed. The world will now be less for those of us who loved him. I look forward to the day I see him again in Valhalla.
-Michael Benjamin 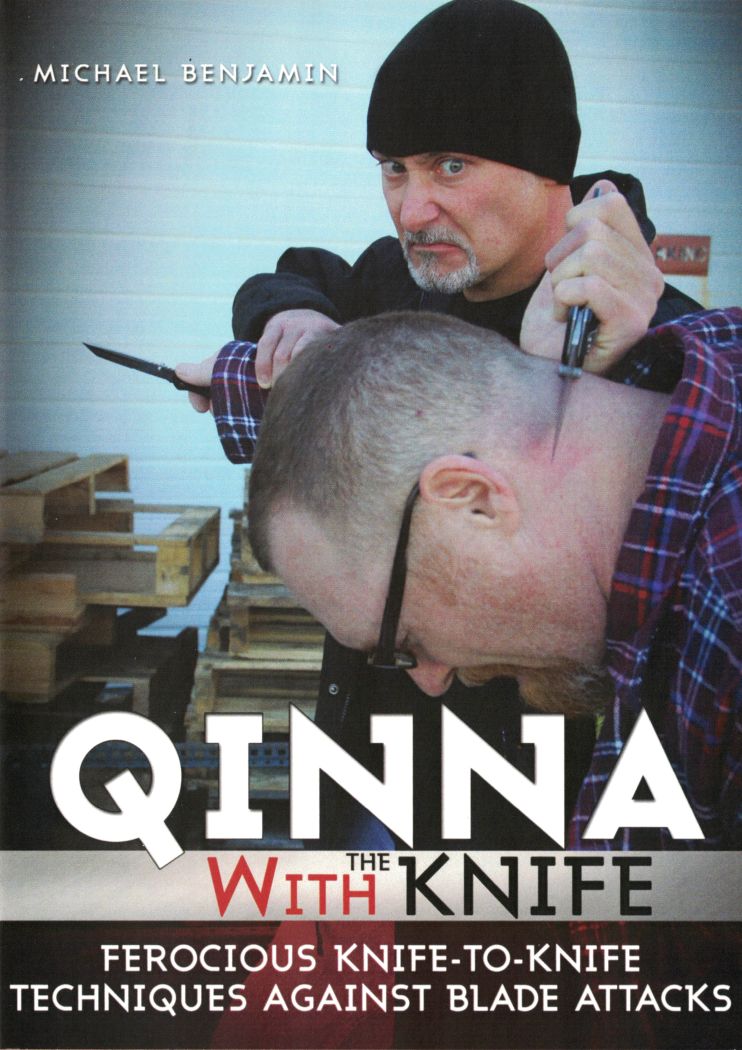 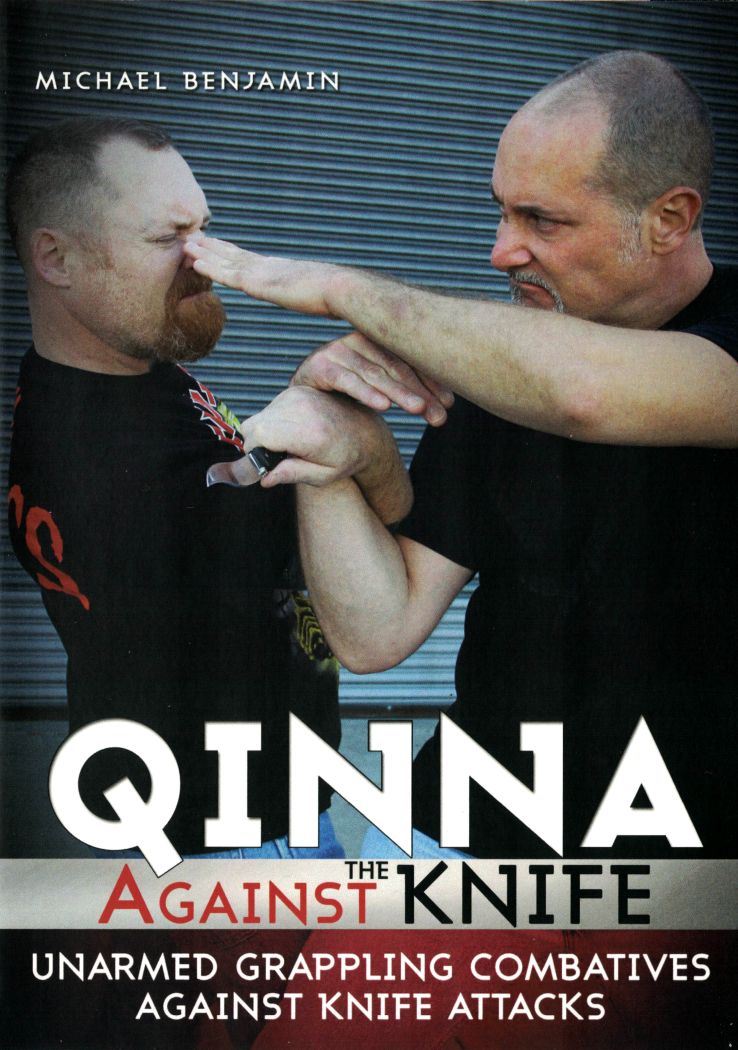