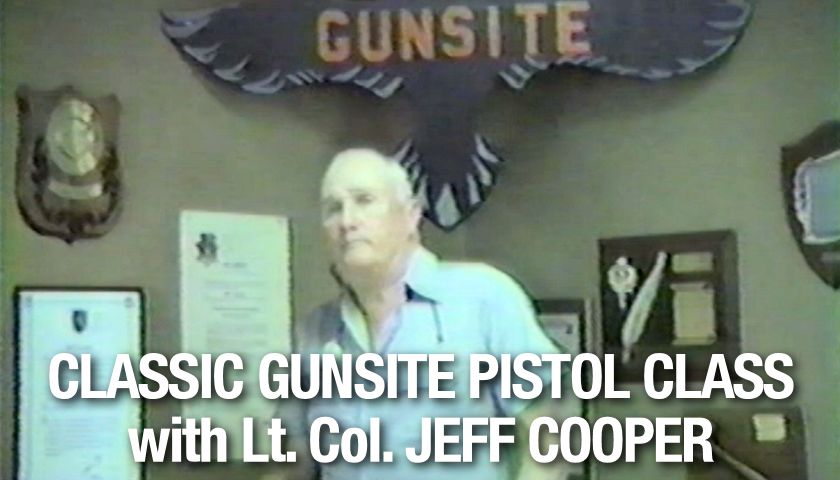 The name Jeff Cooper has for years been synonymous with teaching the modern use of firearms. Jeff was considered the world’s foremost authority on defensive weaponcraft, teaching what he called the Modern Technique of the Pistol. Now you have the opportunity to sit in and listen to what Col. Cooper had to say. This video consists of recorded footage that we were able to recover from pistol class lectures Col. Cooper conducted in the early to mid-1980s. The color code system he developed is reviewed in depth as well as the proper handling of your handgun. There are also many anecdotes from Col. Cooper on preparedness and mindset. In addition to the classroom lecture, you get the opportunity to go on the range during one of his pistol classes. There is even a rare opportunity to see Louis Awerbuck reviewing malfunction clearances. If you carry a handgun for self-defense then take the time to watch this video. Listen to Col. Cooper and gain an understanding of where it all started.