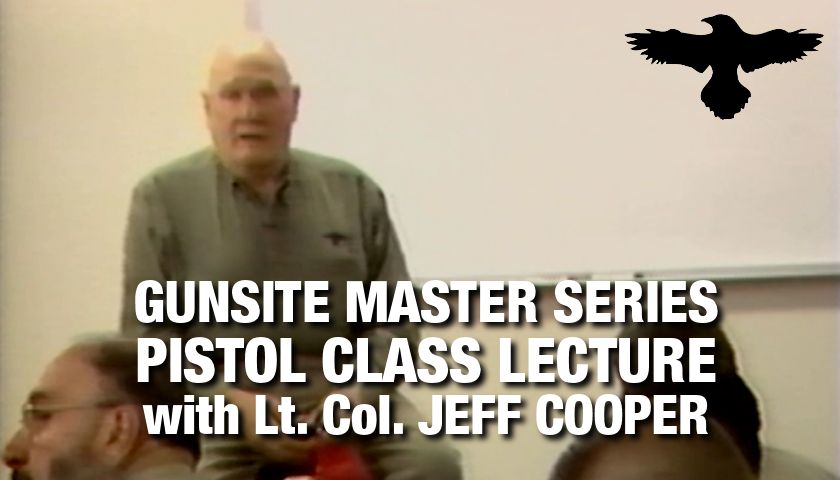 The Gunsite Master Series Pistol Class Lecture consists of recorded footage that we were able to recover from the lecture portion of the week long class. It took place at Gunsite in June of 2000 and marked the first time since the early ‘90s that Lt. Col. Jeff Cooper conducted a lecture at Gunsite. In this video Cooper reviews the purpose behind the classes that were taught at Gunsite, mindset, using a handgun in self-defense, the evolution of the modern technique of the pistol, choosing a handgun and caliber, some history on how the Modern Technique started, and more. Gunsite instructors also make an appearance during the lecture to review stance, grip, sight picture, the compressed break, etc. This video will give you the rare opportunity to sit in on a Gunsite lecture and hear directly from the founder, Lt. Col. Jeff Cooper.