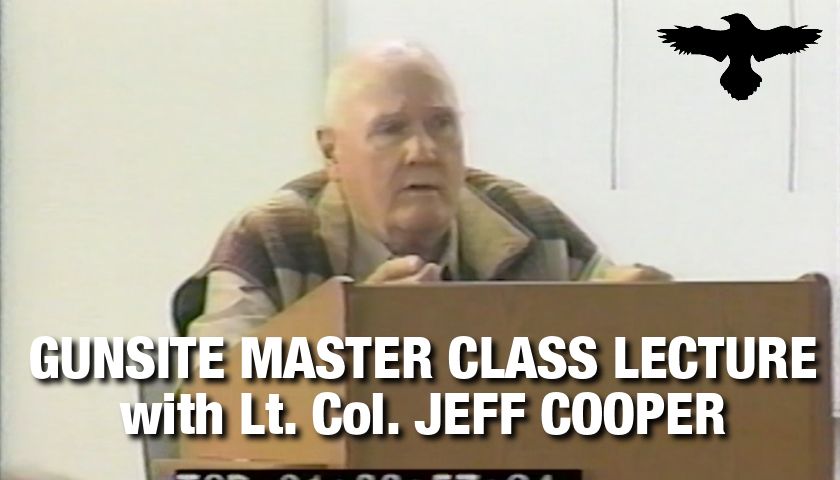 The Gunsite Master Class Lecture consists of recorded footage that we were able to recover from the lecture portion of a Gunsite class that took place prior to Lt. Col. Jeff Cooper’s retirement in 2003. Col. Cooper, the founder of Gunsite, talks extensively about preparedness and mindset. What you do after the fight, being situationally aware and the importance of it. This was one of the last times Gunsite students were able to gain knowledge from the man himself. Jeff was considered the world’s foremost authority on defensive weaponcraft, teaching what he called the Modern Technique of the Pistol. Some say that no one since Samuel Colt has had a greater impact on practical pistolcraft than Col. Cooper. This video gives you a chance to sit in on his lecture and learn for yourself why that’s been said.