Up Close with Sheriff Jim Wilson 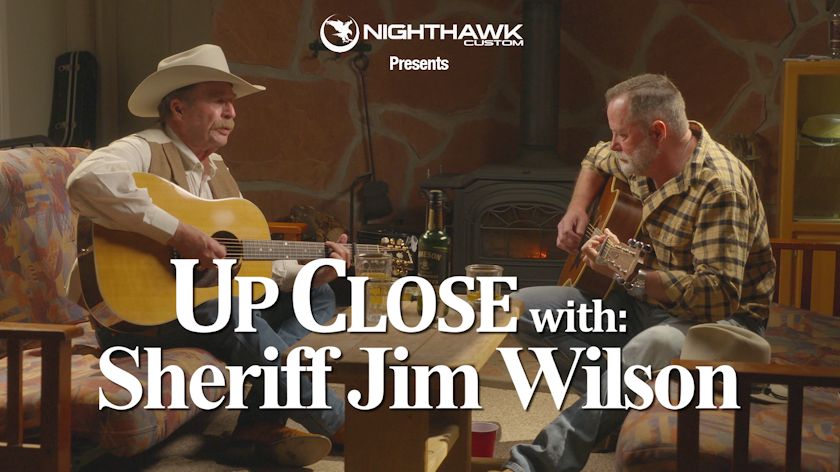 This documentary features writer, singer, gunslinger, Sheriff Jim Wilson, who is a legend of the great American southwest. In a sit-down jam session with gun writer Richard Mann, Sheriff Jim Wilson plays and sings, talks about growing up in Texas, becoming a peace officer, and writing for gun magazines, while sharing some of his best tales about southwestern lawmen.

After graduating college, Sheriff Jim Wilson started his law enforcement career as a patrolman in Denton, Texas. From there he moved to southwest Texas as a Chief Deputy and later became Sheriff of Crocket County, Texas. After serving two terms in Crocket County, Sheriff Jim Wilson became a regular contributor to several magazines, and has since written for most all of the major gun magazines. He also has three country western albums.

1 review for Up Close with Sheriff Jim Wilson