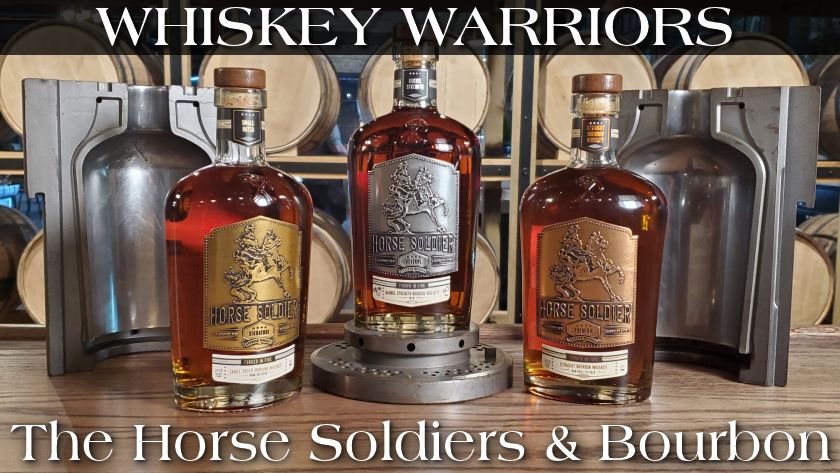 Just days after the 9/11 attacks, several teams of Green Berets were inserted into Afghanistan to liberate the region from the Taliban in a mission known as Task Force Dagger. One of those teams, Operational Detachment Alpha (ODA) 595, had to rely on horses instead of trucks and tanks to accomplish their mission. Their story is the subject of the book, “Horse Soldiers: The Extraordinary Story of a Band of US Soldiers Who Rode to Victory in Afghanistan” that was published in 2010. The members of ODA 595 were also featured in a 2017 documentary called “Legion of Brothers” and then came the Jerry Bruckheimer–produced film, “12 Strong” that was released in 2018. It starred Chris Hemsworth as Capt. Mitch Nelson, a character based on Mark Nutsch, and Michael Shannon as Hal Spencer, a character based on Bob Pennington. Mark and Bob along with Scott Neill and other Green Berets got back together and founded the American Freedom Distillery. Their flagship product is Horse Soldier Bourbon Whiskey. The Horse Soldier bottle features an image of a soldier mounted on a horse with glass molded in steel from the World Trade Center to remember those who lost their lives on 9/11. This documentary is their story and a look at the bourbon they created.

1 review for Whiskey Warriors: The Horse Soldiers and Bourbon